One day's journey into night: an account from the 2012 PA Fleche 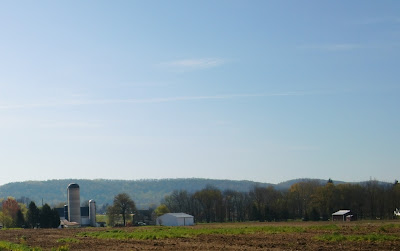 The 2012 Pennsylvania Fleche took place the weekend of April 14.

Time is a challenge of the Fleche. A Fleche takes 24 hours to ride. You ride it straight through and, with the possible exception of a few stolen moments of closed eye bliss, you ride it without sleep.

T.S. Eliot called April the cruelest month. In Pennsylvania, April lives up to his description. April can bring cold, rain, thunder, lightning, hail or heat. Sometimes, all on the same day. April all too often breaks its promise of showers and flowers. If you are going to ride for 24 hours straight in April, you pack for contingencies.


Unlike most Randonneuring events, the Fleche is a team ride. At least three members of a team must ride together and finish together. A team can have no more than five members. Our team, Les Escargots Volants, had grown to eight members. To the meet the 3-5 member requirements, we divided into two teams of four.

I rode with Les Vieux Clebards - Joe, Chris N. from PA, and Mike. Katie, Laurent, Janice and Chris N. from NJ kept the name Les Escargots Volants. The eight of us gathered at 9:00 to start from Janice's home. We ate homemade waffles, greeted and chatted.

The Fleche started on Saturday. How do you capture a beautiful day in words? Where are the two dimensional characters that can fill the mind and lift the spirit like the blessing of Saturday's weather? The day began as a whispered promise, like the promise a parent makes to a newborn, that a lover makes while wrapped in the embrace of a future spouse, that a child makes to a beloved pet, a whispered promise steeled by the determination to prove its truth; a soft, earnest promise to give you its best.

The whispered promise began with the warm touch of sunlight. Its caress overflowed the sky, spilled from the trees and calmly collected in the surrounding fields that quietly lay waiting for us to pass through. Birds called out in choral praise, singing the promise back to the sky from which it came. 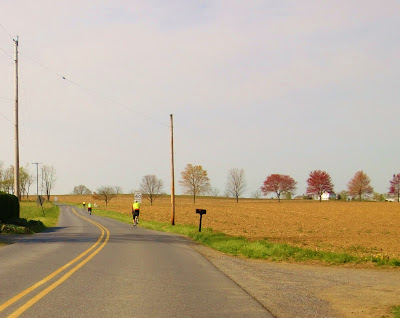 Les Vieux Clebards took on the course an hour ahead of Les Escargots Volants in accordance with the rule that two teams on the same course cannot start at the same time. We would ride the same course but a hour apart. 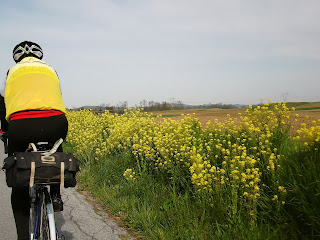 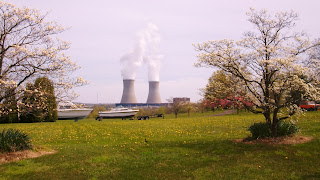 Our course began in the farmlands north of Philadelphia. The wind pointed flags in our direction of travel. It placed a gentle hand on our backs like a parent running along side a child newly liberated from training wheels, seamlessly aiding our progress.
Today's promise was persuasive. By the first control, Les Vieux Clebards were shedding layers we had put on in anticipation of April's cruelty.  We rode forward in short sleeves.
We rode through Philadelphia. The weather on Saturday caused strangers to wave in greeting at four grown men riding bicycles. When we stopped for second breakfast, at the Manayunk diner, a woman who was leaving as we entered offered the unsolicited comment that this was a great day for a bike ride and, but for the stent that she received last week, she would love to be able to ride a bike. That was the kind of weather we had: weather to inspire dreams. 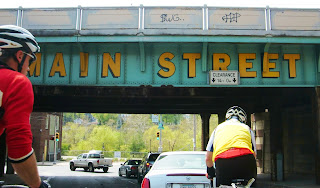 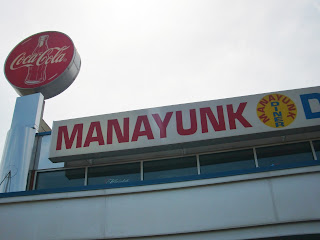 We had company through Philadelphia, past the Art Museum, even as we crossed the Bridge to New Jersey. The company of fair weather riders, walkers, joggers, strollers and even bench sitters. We had the company of strangers who believed in the promise of the day. 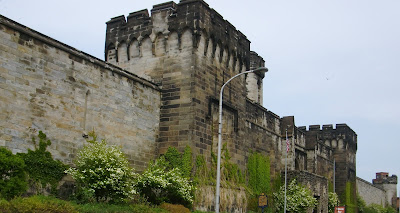 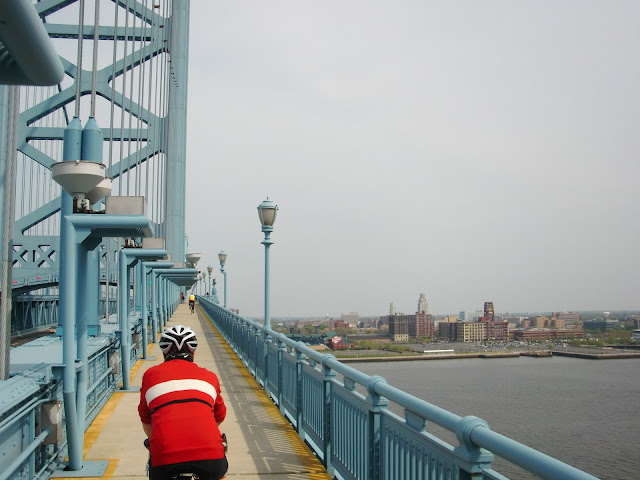 After crossing the bridge, an errant teenage fixie rider almost collided with Joe. We decided that it must be  difficult to ride a fixie while stoned.
Camden had a different feel. Camden was quiet. After riding through a section of people sitting on stoops, the park trail along the Cooper River was empty, unused, as if the promise of the day had fallen on skeptical ears. 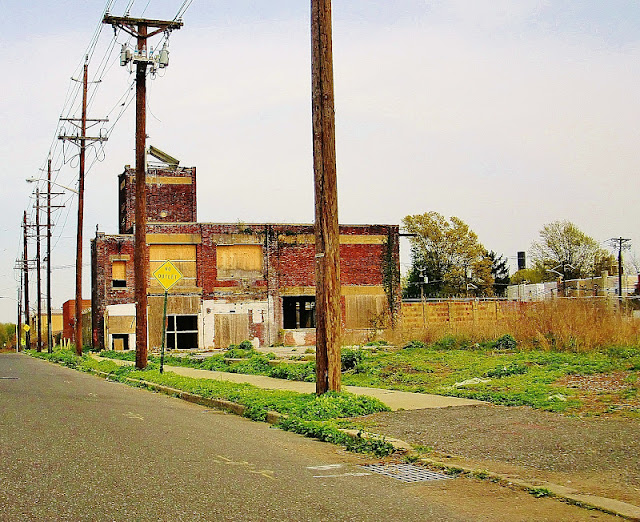 Cherry Hill, NJ on the other hand, hosted a rowing regatta - The Knecht Cup - on the Cooper River. The stoned fixie riding teenager lived in Cherry Hill.
Night is a challenge of the Fleche. Riding all night after riding all day. I took the images of the day and pulled them deep into my psyche. I breathed the warmth in deep. I would call on them later, in the darkness of the night.

Nixon's General store was a controle. Inside, they had a jar of counter meat. If you've ever been certain types of convenience stores, you've seen counter meat. It comes in a gallon sized jar, sometimes glass, sometimes plastic, and it contains a meat product that is popular among the locals. It might be pig's feet in a Bodega or pickled herring in the Upper Peninsula, but its a variation on meat that somehow has not quite made the big time. 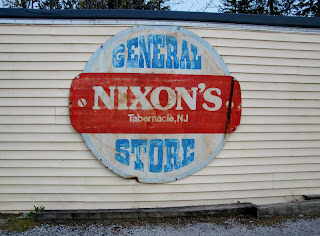 We left the controle to ride into the night. A purple-black cloud filled sky kept the promise of the day past the sun's departure. The warmth continued into the dark along with the ongoing tailwind. 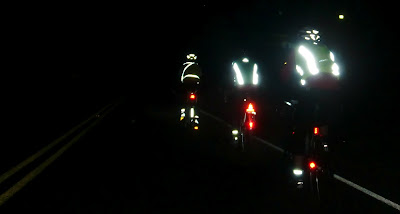 I don't think humans evolved to be outside, alone in the dark and in unfamiliar territory. In foreign lands, unknown landscapes, the hair on our neck prickles at strange sounds, our eyes dart to shadows in corners. We are meant to be gathered in groups around fires near our caves, whether those fires burn from wood, inside incandescent bulbs or from LED screens hanging from our walls.
In the dark, while riding a bicycle, the fragility of our humanity runs close to the surface of the skin, especially when fatigue takes hold. For some, that feeling is a reason to stay inside, in the light, avoiding the uncertainty of the dark. For others, that feeling is a reason to roam far and wide at night.
Riding at night is better with company. I ride with three Anciens.  Chris, Joe and Mike have all had their names written in the book of PBP finishers. They know that the pull of the group is greater than the drag of individual weakness, of transient doubt. The counter meat is causing Chris to have stomach problems. He perseveres without complaint. The four of us combine our lights to fill the road. Together, we move through the night. Sometimes side by side. Sometimes, we follow the reflection of the vest ahead. 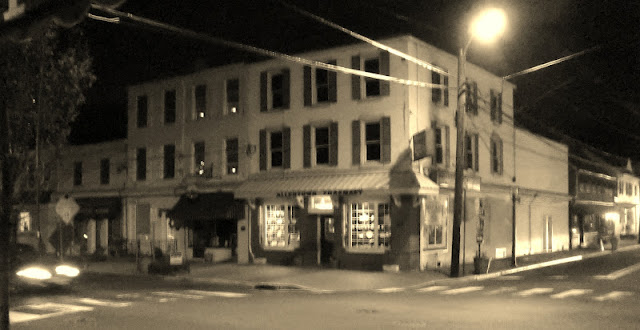 In Allentown, NJ,  I close my eyes after downing a Pepsi from a Coke glass. I sleep for a few minutes in a patio chair of a closing restaurant. The cat nap and caffeine revitalize me for the next leg of our journey. 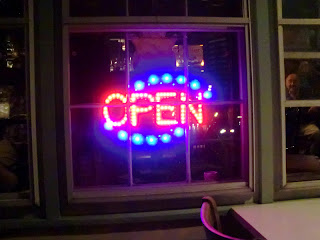 Like any college town, Princeton, NJ, is alive and happening on a Saturday at the witching hour. In anticipation of the long haul on silent roads that will follow, we refuel and restock at a WaWa convenience store. We micro-nap in a bus stop shelter.

Les Escargots catch up with us again. We greet and chat and trade places for them to micro-nap when we take to the night again. 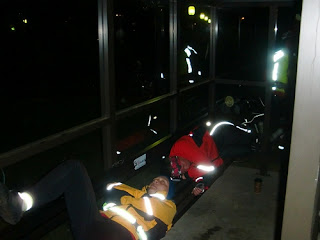 The road along the Delaware River has no pretense of daytime. Frogs chorus in the  shadows. Deer clatter across the highway.  We ring our brass bells to encourage their flight. We, like them, are now creatures of the night. The clicking whir of our cassettes add their own cicada sound to the silence of the dark.
As the sky approaches dawn, I look to the heavens for signs of the promise of the new day. Dark clouds cover the sky.

We reach our 22 hour control ten minutes ahead of schedule. The Fleche rules state that teams must ride at least 25 kilometers in the last 2 hours of the event. We will leave at 7:00 since we started at 9:00. 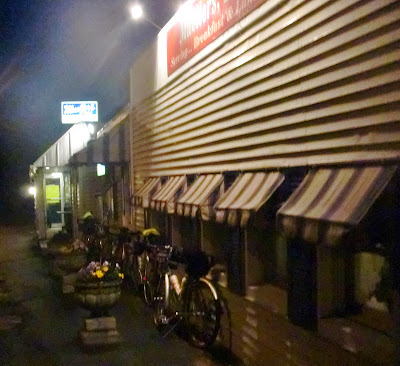 Every other team in the Fleche took a different route, subject to the same rules. However many, including ours, chose a restaurant called Meullers, Too as the 22 hour stop. At 6:00 on a Sunday morning,  teams of riders converge on the restaurant after 22+ hours with little to no sleep and well over 200 miles behind them. We eat, greet and converse. 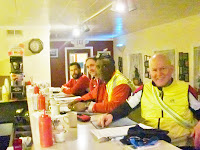 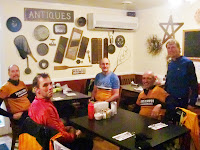 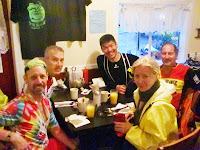 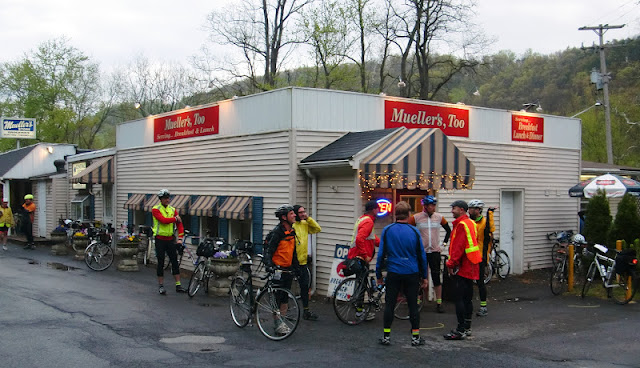 At 7:00 we leave for the last section of the ride - in includes 12 miles of uphill that stair step away from the Delaware River - rolling hill after rolling hill. By the time our ride is over, we will have ridden 234 miles to arrive at a location that is 30 miles from our start.
Modern convenience has taken the adventure out of travel. For the most part, people now start their trip when they arrive at their destination and just endure the process of getting there. Now people travel in gas powered, air-conditioned vehicles, while reading or listening to music or watching videos to pass the time. But once, in the not so distant past, to be a traveler required a level of bravery, optimism, self-reliance and fitness. Before travel was simplified and made easier, most people lived their lives within a small radius. To travel was to take a chance. Travelers were greeted upon their arrival and told stories of their adventures.
Randonneuring puts adventure back into travel. Adventure is not what happens when you arrive at the destination. The ride is the adventure.

Our team happened to be first to arrive at the hostel. We waited to greet all of our fellow travelers and hear the stories of their adventures. 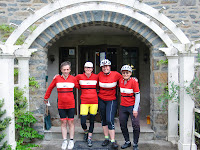 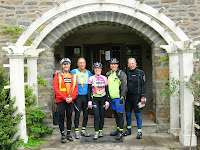 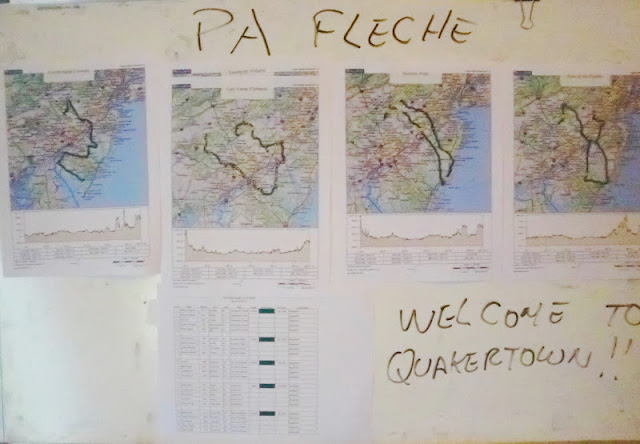