Randonneuring, like many endurance sports, shares the quality of having events that sound like the result of a late night drinking session during which a bunch of athletes came up with a difficult challenge with arbitrary rules and then came up with a grandiose title to confer upon those who completed the challenge according to the arbitrary rules.  I imagine that those who came up with the Randonneuring events, being French, drank wine, probably a nice local red, accompanied by a well prepared meal.

In the spirit of this tradition, the Audax Club Parisien (click for glossary link), which approves Randonneuring events for the world, has two international awards: the Super Randonneur and the Randonneur 5000.

In the process of completing my R12, I rode a 200K that will count toward the award. One down, three to go. For my 300K, I rode with the Pa Randonneurs.

I was almost there, but not there yet.  At 4:45 a.m., I was on Route 313 at Sterner Mill Road, probably less than a mile from the Hostel that would serve as the start location for the Pennsylvania Randonneurs' 300k. The ride started at 6:00 a.m. but I could not find the Hostel. My Google map directions told me to turn left on Sterner Mill, but there was no left - only a right. I knew the local roads meandered and wandered, so I didn't want to just turn right and go off the directions. I called the local RBA's cell number. No answer. (I later found out there is no cell reception at the Hostel.) I drove up a bit to see if the road turned left just ahead. No left. I pulled out my Blackberry to use the maps feature. Location not found. After almost an hour of looking, a car pulled into a bait shop. I think fishing season started this weekend. I talked to the car guy then talked to the bait shop guy. The bait shop guy knew just where I was going and told me how to get there. I arrived at the Hostel at 5:50 a.m. Frustrating. Folks were packed and ready to roll. Once again, I was the last to leave. But not by much.

The PA Randonneurs stage hilly rides. I knew that going in.  I think they take pride in that. The elevation profiles look like lie detector results from an adulterer caught in flagrante delicto. Roller coaster roads and mountain crosses feature prominently in their cue sheets.  Judging from the map and profile (link), this 300k would fit right in.

We rode from Quakertown, Pennsylvania, into the Poconos, into the Delaware Water Gap, into New Jersey, and back. During the seven years I served as a volunteer fire fighter, we learned that when dealing with an environmental release of toxic chemicals, you find safety uphill, upwind and upstream from the release location. During the course of this ride, if any dangerous releases had taken place at the Hostel, we would have been safe. Pre-ride mapping showed ten category 5 climbs and one category 4 climb. I think they missed at least one cat 4 climb. During the course of the day, I climbed and climbed again. The afternoon brought wind. Strange wind that seemed to blow from all directions, except tail.

I rode one 300K last year. Poor pacing and tactics made for a very long and difficult day. This 300k, I tried to apply the teachings of the Order Testudines - and one of its most well known examples, runner Cliff Young - slow and steady with minimal stops. It worked, at least until it got dark.

Despite my delayed start, I met up with some riders on the course. I saw Bob D. on the way to controle 3. He was riding the 200K which split from the 300K at the controle. So we rode in together.  More riders were at the controle having lunch and refueling. Most were riding the 200. I left alone to ride into the Delaware Water Gap where the additional 100k would unfold.

The Delaware Water Gap is a National Recreation Area along the shores of the Delaware River. People fish, camp, raft, canoe, hike within the oasis of forest it offers the Mid-Atlantic States. In summer and fall, the Gap teems with people. On this early Spring Saturday, I only see a scattered few in the hours it takes to ride through the Gap.

My photographs do little justice to the scenery of the ride. Perhaps they could serve as a base on which to model the mixed media presentation nature actually provided. Make the trees and grasses sepia pencil drawings - sharp rich brown lines making an intricate lace of etchings. Use the thick French blue of cray-pas to make a textured sky. Add dabs of white oil paint to suggest the heavy lightness of the cumulus clouds. Water color red barns faded from time and weather. And music, it needs the music of singing frogs and lowing cows intermingled with the lightness of a new brook energetic with Spring. Brooks and streams livened by recent rains, running fast and bubbly, falling from rocks in a tumble of spray. Set it all to the rhythm of measured breath and silent whir of a well-oiled drivetrain.

In the Delaware Gap, I met up with Mark K. and later Chris from Sellersville. Mark rides a bike he built himself - not assembled - built. He designed and brazed the frame and then built the wheels from their components. It is a beautiful bike. Chris rides an Atlantis from Rivendell, also a beautiful bike. If you like beautiful steel bikes with form follows functions artistry, then this is the sport to find them. We ride together, and apart, for the latter part of the ride. Each at his own pace, leapfrogging between and at controles, as darkness falls.

Once darkness falls, after over 200k of a relatively constant pace with minimal stops, my Order Testudines approach begins to falter. Climbing in the dark means not knowing how long you will climb. For those who can just climb until the climbing is done, the darkness may pose no obstacle. I, however, allot a certain amount of energy for the climb based on what I see. When I can't see the climb the allocation of energy becomes unfocused and easily squandered. And I was hungry. And tired.

While riding up and down the hills in the dark, the movie Men of Honor came to mind. In it, Robert DeNiro plays a tough as nails Master Chief navy diver. He motivates his recruits by questioning why anybody would want to be a navy diver. My mind played a loop of his speech, paraphrased for Randonneuring. "If a hill has a road they climb it. If the course gets longer, they ride it. They ride distances that normal people think is insane. Hell, I don't know why anyone would want to be a Randonneur. Now get up that hill."  Hey, what can I say, it worked.  I got up the hill and the rest too.

At the final checkpoint, Tom, the RBA, was there with a few Randonneurs. There was food, coffee, beverages and the good company you find with others who shared a tough challenge. Two down, two to go. 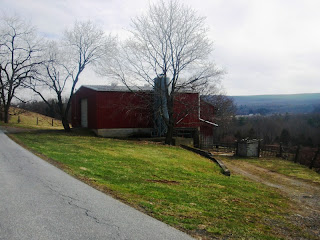 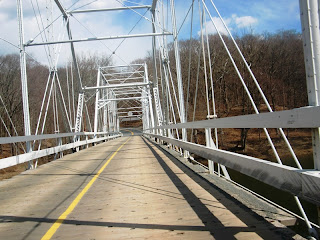 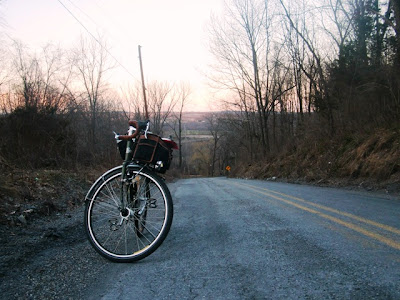